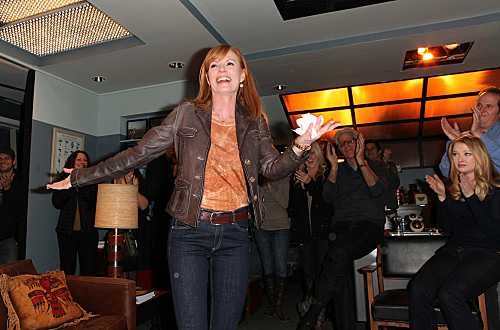 I’m glad that Elizabeth Shue, is on CSI Las Vegas now and has been for the last eight seasons now, but they lost a lot when both William Peterson left during the 2009 season and when Marg Helgenberger left three years later. It’s still a great show and I would hate to see either Elizabeth Shue or Ted Danson leave at this point, but it would nice to see all four together. Maybe Bill Peterson, gets appointed as Chief of Police or something and Marg gets his old job as the director of the crime lab. Liz Shue, comes in as her deputy. Maybe Ten Danson comes in as a big shot Las Vegas District Attorney and not just one of the prosecutors in that office, but the actual DA.

Losing Bill Peterson and Marg and bringing in Ted Danson and Liz Shue, is like treading two great basketball players for two other great basketball players, where neither team gets nay additional value. It’s like trading one great center for another great center. Kareem Abdul-Jabbar, for Moses Malone, ( for any of you old school NBA fans that might still be alive today, or at least willing to admit that there was an NBA before 2000 ) if anything losing Marg Helgenberger on that show is a real loss, regardless of who you replace her with. Great to see Liz Shue on Las Vegas, I just think the show would be better with her as an addition, instead of replacing one great lead actress with another.

The Catherine Willows character had this sort of shy and quiet disposition and yet she could be pretty witty and was was always tough and as Ted Danson said about her, “you knew she was a leader from her presence alone.” The Fin character, ( played by Elizabeth Shue ) is a very open, witty , always has a smile on her face character, who like Catherine ( played by Marg Helgenberger ) is very dedicated, very smart, and is generally much tougher than her adorable disposition lets on. Liz Shue, is the perfect action/comedic or dramatic/comedy actress where she always finds herself in very serious situations, but always finds the lighter side in them. As Marg said in this video, she’s leaving the show, but it’s possible that she’ll be back doing guess appearances. And this video was done back in early 2012 when she left CSI Las Vegas and has already been back on the show. It would just be nice if she came back permanently in a new role like Chief of Police or something.