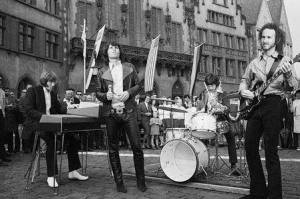 Source:Getty Images– Jim Morrison and The Doors, Live in Frankfurt, Germany in 1968.

“The Doors truly are one of the all-time greatest and one of the most iconic rock bands in history. Jim Morrison was without a doubt one of the most prolific and charismatic frontman in all of rock, and his influence is still regarded as such even to this day. The Doors were one of the best, pure and simple.” 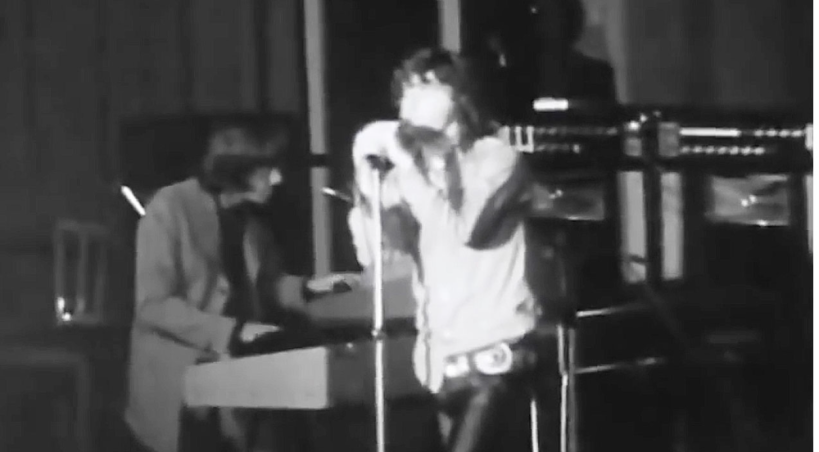 Source:Society of Rock– Jim Morrison and The Doors: Live in Frankfurt, Germany in 1968.

From Society of Rock

I think the Crawling King Snake video from The Doors with Jim Morrison perfectly sums up the style and career of Jim Morrison. The man made leather jeans and rock and roll culture and why it looks the way it does today, at least with hard rockers and headbangers. The Lizard King obviously wasn’t a hard rocker or a headbanger, but he put his signature black snake skin leather jeans on the map and made them cool. To the point by the 1980s they were standard for rockers male and female. And probably a big reason why Melissa Etheridge and Joan Jett got into them and why you saw rock and roll bands like Guns N Roses and Kiss get into them and of course the metal bands like Skid Row and Motley Crew.

And that is what you see in this video. The Lizard King moving so smoothly in his snake skin’s and cowboy boots and the concho belt. He combined rock and roll culture and lifestyle, with Western and American-Indian culture with the leather jeans, cowboy boots and concho belt and the leather jacket as well. He put these looks on the map in rock and roll, because of how often he wore this outfit in public and all the images that have come from those appearances. That were famous then and if anything now more popular forty-five years later. And without the Lizard King, rock and roll probably looks a lot different in the 1970s, 80s, 90s and today.

Leather in general wasn’t very popular in America when it came to wardrobes pre-late 1960s or so, except for perhaps biker and to a certain extent Western culture. So Jim Morrison in his full leather suit and then throw in the cowboys boots and the concho belt, that if anything even highlighted his leather jeans even more, especially in front, he was taking a risk. But he had the style, the look, the moves to make it work to the point that he became a rock and roll and perhaps even style icon in America and not just in rock and roll. And all of this is part of legacy that is still alive and well today.

Like the black leather jeans.
Baby Girl, how are you? Is what I would ask Jayne Mansfield, if I saw her when this photo was taken. Literally one of the cutest women, top 1%, whose ever lived on Planet Earth.
American Badass Pamela Grier. She's also a Hollywood Goddess, because yes, she's tall, with the perfect body, and absolutely beautiful, but she's also one of the best action/comedy stars in the history of Hollywood. Sort of like the female version of Burt Reynolds and Clint Eastwood. And yet absolutely adorable which plays into her badass, because you wouldn't think a woman who looks this sweet, could be so bad. At least not back in the 1970s.
The Lizard King Jim Morrison, an American original.
Damn, I hope ABC brings Angelique Cabral back to Big Sky next season. But sounds like character is moving back to Houston, Texas. Which isn't exactly a cab ride away from Helena, Montana.
I like these photos when the tight, denim jeans, are pulled over the butt, but that's me. I just prefer sexy and stylish, over trashy. But still a beautiful woman.